It’s hard to beat the beauty of Philipsburg in the winter season, when snow transforms our town into a cozy ski community, with a lamp-lit main street and colorful storefronts straight out of a holiday movie during our annual Yule Night each December. Steady snow can appear as early as October in Philipsburg, and by Christmas temperatures average at a high of 33 degrees fahrenheit, with an average low of 14 degrees. That average drops a few degrees in January, which is generally our coldest month of the year. 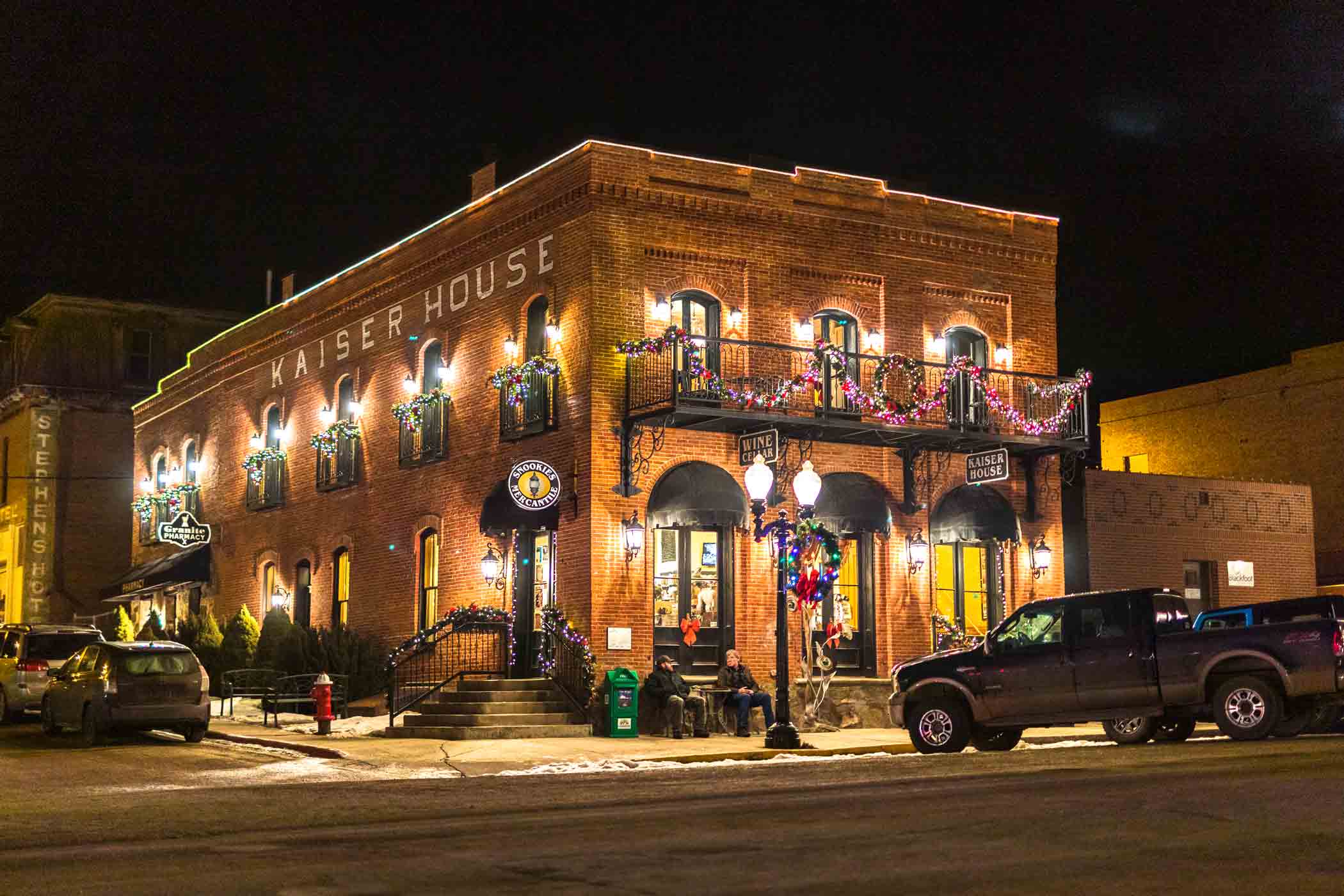 A beacon to the season, Discovery Ski Area rises above the rooftops, beckoning skiers and snowboarders at first light from early December (in generous snow years, “Disco” has been open as early as Thanksgiving Day), with its 2,200 acres of skiable area. Start the day with a hearty breakfast in town or grab a coffee and warm cinnamon roll before a 35-minute drive to the slopes, or spend the day exploring our forest trails by snowmobile - also a common method of transportation in and around town during our hearty Montana winters. You might even spot some of our locals making a grocery run for eggs and milk on skis when snowfall in town is especially generous.

For a good winter workout, enjoy the quiet stillness of our groomed cross-country ski trails through the pines at Echo Lake and come back into town for a hot chocolate by the fire at our ice skating rink at Winninghoff Park, where hockey tournaments often draw a crowd on weekend evenings, culminating in the annual Brewers Cup Hockey Tournament each January.

In February, Philipsburg hosts its Winter Brewfest, featuring breweries from around Montana at the Old Fire Hall, part of a fundraiser for the Philipsburg Ice Association.

With temperatures warming and days lengthening, the first signs of spring are always welcome in the Montana mountain communities. Here in Philipsburg, we can still have bluebird days with fantastic skiing into April. By May, anglers will be scouting for fishing spots along Rock Creek, cattle drives will become a common sight on some of our backroads (Montana’s version of traffic congestion) and Discovery Ski Area begins its transition into a down-hill mountain biking park. 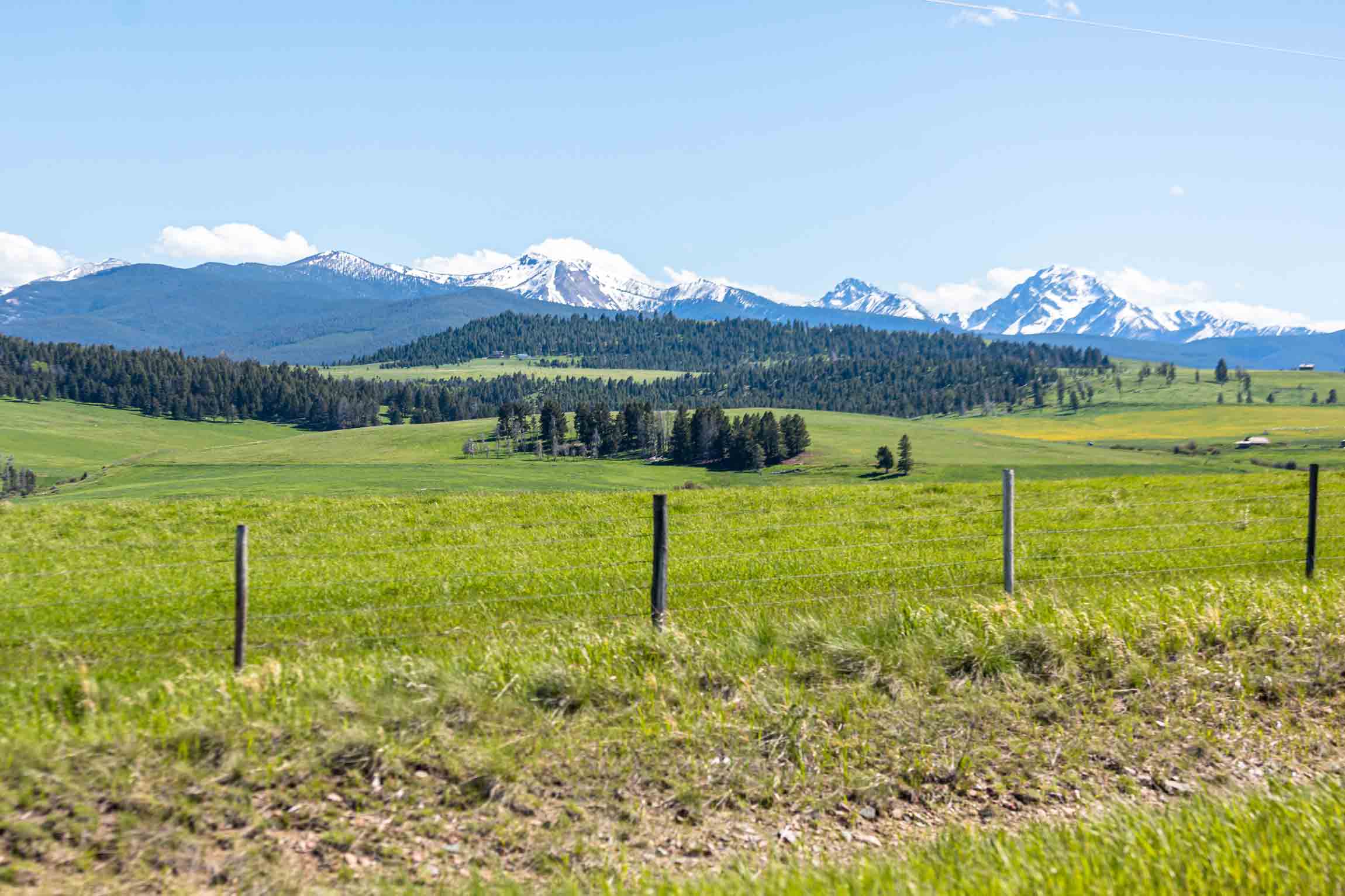 Opportunities to explore the backcountry on day hikes expand with about 15 hours of daylight by Memorial Day Weekend with an average high of 60 degrees. This is also when the Philipsburg Brewing Company opens its “Springs” location at the top of town - often an event marked with a costumed fun run along Philipsburg’s main street to the reopened drinking hole where concerts are held in the warm months to come.

By June, the scent of lilacs in Philipsburg can reach Highway 1, with the purple flowers coming to life in front yards across town, just as the hanging flower baskets can be seen along Broadway Street - a sure sign that summer is truly here. 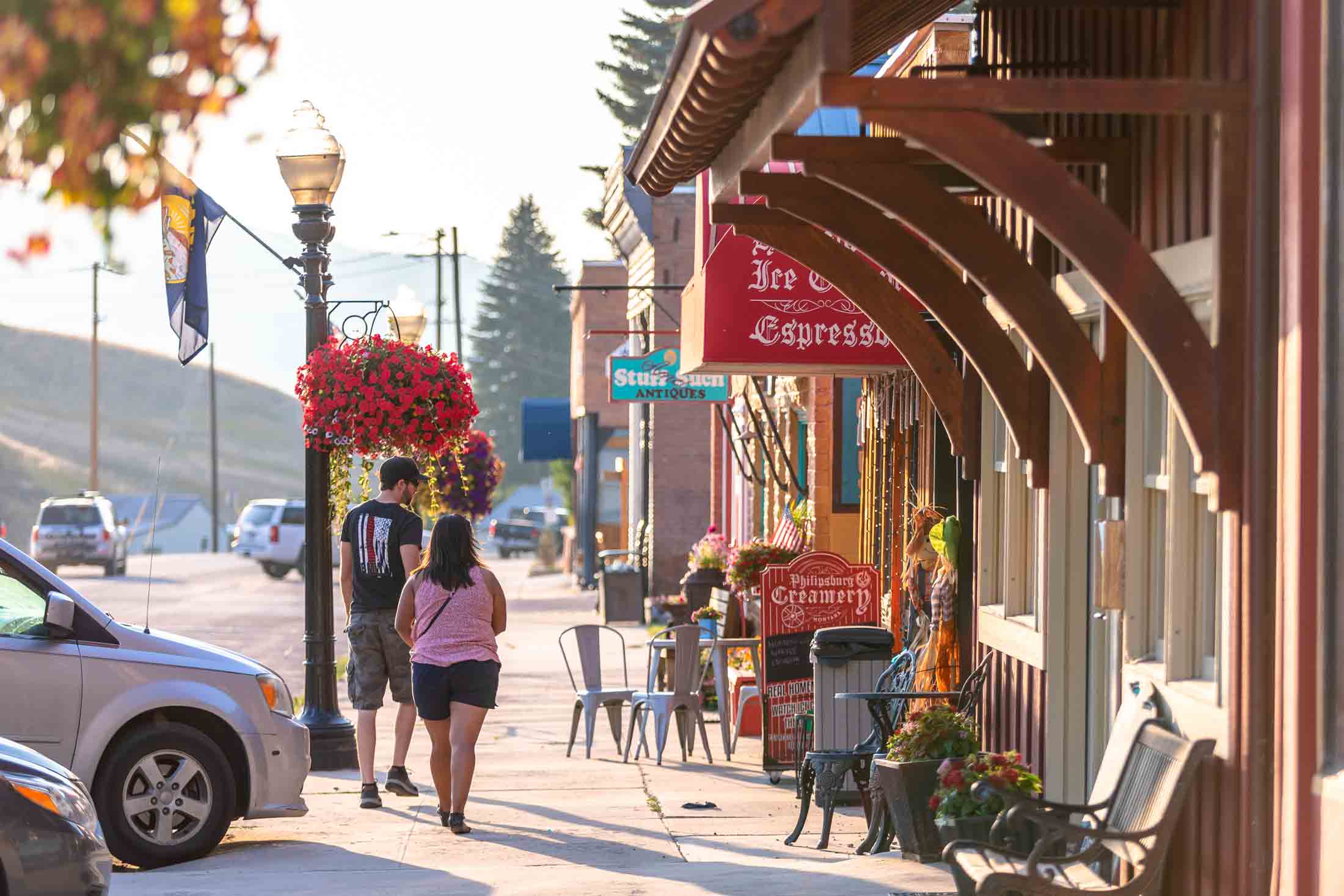 This is when our town becomes a magnet for outdoor recreationalists from around the world, arriving for fly-fishing, hiking, mountain biking and boating. Others might prefer a stroll along Broadway Street to check out our gem mining, art galleries, gift shops, and the Montana Law Enforcement Museum, followed by ice cream in a hand-made waffle cone or an iced coffee.

While temperatures rise to an average high of 77.9 degrees in August - our warmest month of the year - the odd snow flurry isn’t unheard of in June, so we always recommend that visitors dress in layers.

Keep an eye out for the colorful meadows alive with wildflowers on your hiking and camping adventures and make sure you check in with the Chamber on our summer events in town, like the Blues, Brews and Barbecue weekend in June or our annual summer concert at Winninghoff Park in August.

For many locals, autumn is a favorite time of the year here in Philipsburg, when the days once again begin to shorten, the air becomes crisp, and golden colors appear in our quaking aspen and cottonwood trees along the riverbeds and canyons.

Temperatures usually range from an average high of 68 degrees to an average low of 35 degrees in September - this is also a prime time for fly-fishing, when Rock Creek becomes a little bit quieter yet mountain passes remain open for easier access to the Bitterroot and Big Hole rivers for day trips. 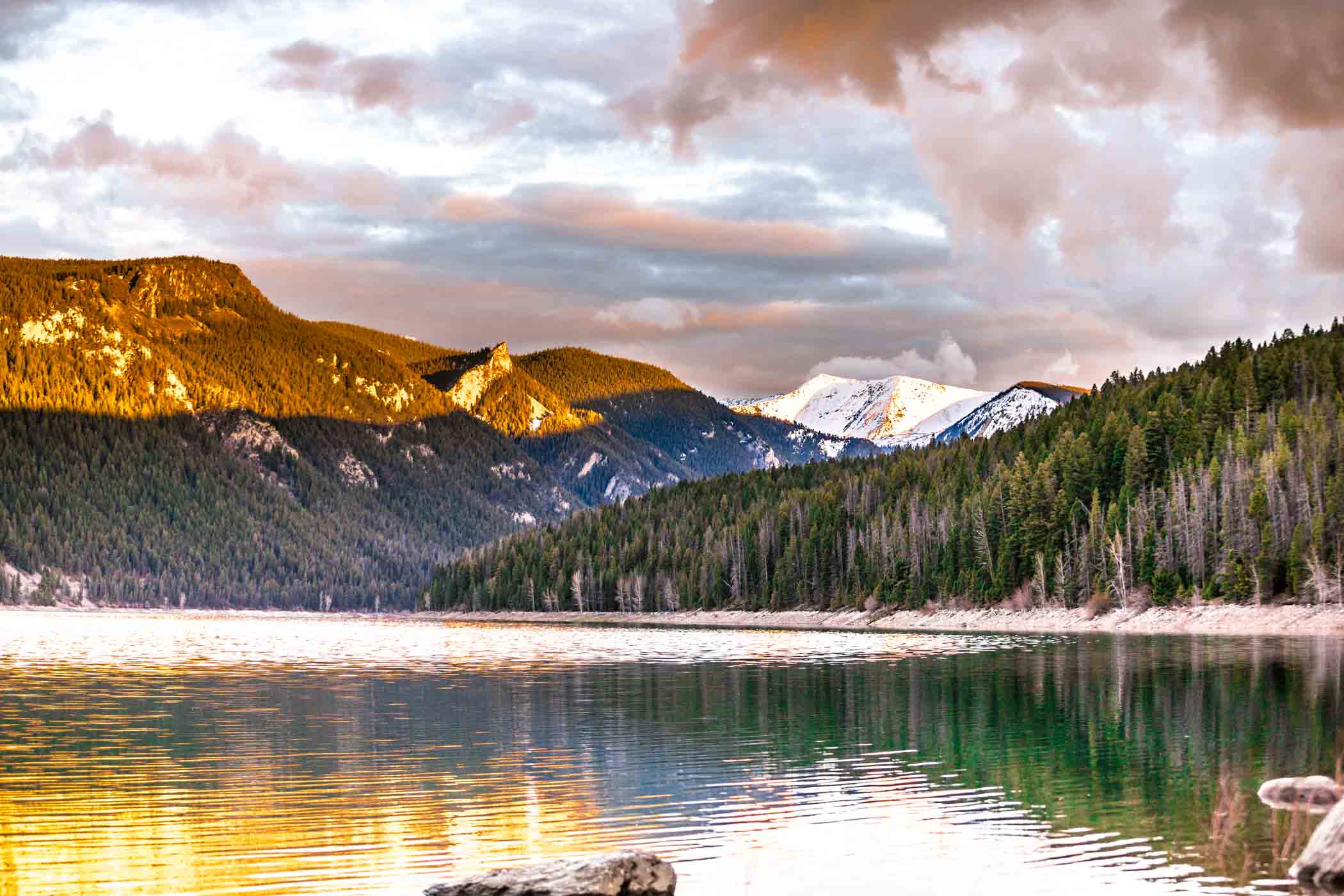 Hikers and mountain bikers can still enjoy about 12 hours of daylight before calling it a day on the trails and heading back to town for dinner.

By October, Montana’s hunting season is in full swing, with many visitors choosing to make Philipsburg their base for exploring the public lands to fill their tags, while still returning to the creature comforts at one of our local vacation homes, campgrounds or downtown hotels.